An important award for our contribution to the local community.
Society and initiatives 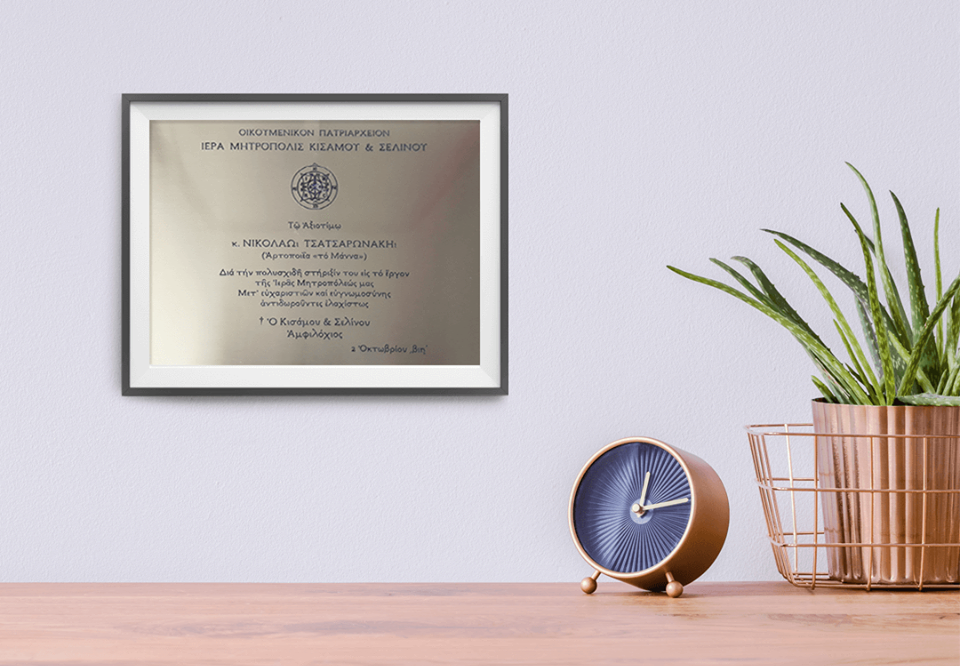 The company was represented by our Chairman Nikos Tsatsaronakis, who received the award along with two other successful entrepreneurs, namely the owners of the Phoenobeton Company and the Avra Imperial Hotel. The award ceremony was held shortly before the official dinner at the Centre attended by the President of the Hellenic Republic Prokopis Pavlopoulos and a host of political, local and military authorities.

This award is the culmination of our targeted and sustained effort to realize our vision of contributing to society and people.

The Tsatsaronakis family was rewarded for its important social contribution.

The company is awarded an honorary distinction from the UNESCO Club of the department of Piraeus and Islands for our social contribution, 2018.